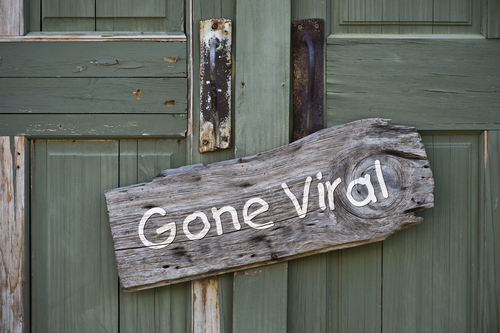 The Medium, The Message and What’s Next

I was thinking the other day about this video ad, called “Best Bus Stop Ever”:

It’s a clever concept, really. Do something unexpected and original, catch it all on video, complete with cutaways of people with surprised looks and smiles, throw it up on YouTube, sit back, and wait for millions of people to make it go viral. Easy peasy, right?

Well, we all know you can’t make something go viral, but clever ads like this certainly improve the odds. And we’re seeing a lot of companies trying to do similar things – create something fun, original, and shareable, without spending a fortune on production and advertising buys, in the hopes that people will catch onto it and make it take off. Getting millions of eyeballs no longer has to cost millions of dollars, and it certainly has leveled the marketing playing field for many.

But there’s a big down side to this approach. As I was thinking about this video, and before I went to watch it again, it occured to me that the only thing I really remembered about the video was that it was funny – a man types a URL that he sees on a bus shelter into his phone, and before you know it there’s a Lamborghini there to pick him up.

The part I didn’t recall? What service the ad was promoting or what company the ad was for.

Just Because You Have a Camera…

You can go out and spend $5000 or more on a fancy video camera, but if you don’t know how to frame up a shot, then your result will be crap. Similarly, you can have the most clever idea in the world, make it go viral on YouTube, but if nobody remembers it was you that did it? Fail.

More and more companies are spending hard earned time, talent and money on developing marketing campaigns for the sole purpose of getting eyeballs and going viral. But behind many of those campaigns is actually very little substance. It’s become so easy to publish content now, that marketers seem to want to focus on just becoming popular – without giving much thought to how they are going to be memorable in the long term. This is cause for great concern.

In this digital world, we now have a plethora of tools and channels at our disposal that we can use to show the world how creative and clever we are. But the medium only takes us so far. Because if we haven’t got the message nailed, then all of our creative energy, cleverness and uniqueness is for naught.