How To Be a Passionate Producer 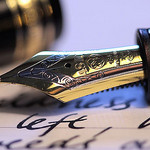 First, if you’re not reading Julien Smith’s blog, “In Over Your Head”, you need to start. And if you’re not sure where to start, read his post “19 Thoughts About Finding Your Purpose”. And if you don’t think you have time to read a whole blog post (which is bull$#!t, as Julien would say), then just read the first line of the post.

There’s a problem with this statement. While the statement is 100% accurate, how people will often interpret that statement creates a huge issue. Many people read it and say “Great! How can I put as little time and effort as possible into producing something in order to get lots of Google Juice and have it retweeted by an A Lister so that I can win, too?”

Hi, my name is Producer.

When people ask me what I do for a living, I’ll often say I’m a producer. It’s the role I most identify with (I started my career in the 1990’s producing television) and I think it best describes what I do on a regular basis.

I produce content. It takes on many forms. This blog is content I produce. My e-book is content I have produced. I produce video and photo and written content (with a great team) for MyMusic.com. I co-produce a podcast. I am helping to create a web series. I develop and deliver training courses, which could be considered another form of producing. I give presentations and seminars – more producing. My roles are different in all of these jobs, but the end result is the same – content is being produced.

I first met John Meadows at Podcamp Toronto in 2007. John’s a very unassuming guy – quiet, highly intelligent, with a quirky sense of humour and a definite way with words. 99.9% of the time he has a camera around his neck. 99.999% of the time it’s a vintage camera. Like, film (remember film?).

John has a photo blog called “My Third Eye”. Almost every single day, John posts a new photo he’s taken with one of his vintage cameras and developed himself, with a brief caption. He describes the kind of camera, type of lens and developing method he uses. His photos are brilliant and the stories attached to them make you appreciate his talent even more. He’s keeping the dying art of film photography alive in a digital world.

Here’s the thing. John is not a professional photographer (though his photographs are definitely of a very high calibre professional quality). Nope. He’s got a day job that has nothing to do with taking photos. Yet he still finds time to seek out great models, get out there with his cameras, get into the dark room, and then do the most important thing – put them out there for us to see and enjoy. He produces, every single day, out of passion, and it shows absolutely in his work.

John is not producing so he can get a million page views. He’s producing because he is absolutely passionate about photography.

So if John doesn’t have a million page views, is he successful?

Of course he is. In fact, he’s much more successful than those blasting producers who throw out linkbait-ey “5 Ways to Produce a Better Blog” posts that do nothing but link back to Mashable articles. Why? Because “My Third Eye” is real. When you look at John’s blog, you look into John’s soul, into the very thing that motivates him to get out of bed in the morning. It’s personal and raw and real. It’s expression in its purest form. And it works 100% of the time.

Produce for the RIGHT reasons.

You want to be successful in this world? Produce for passion.

A lot of people don’t know that I was a technical writer for 5 years. I wrote documentation, help files, and the like for a range of compelling topics such as long-haul fiber optic networks and IT Security (sorry if you’re one of those people who finds these topics actually compelling – personally, it’s not for me!). I was a capable tech writer, but lacked any sort of passion for the subject matter. So, for 5 years I just went about my 9 to 5 days, making sure my work was technically accurate and had been spell checked, and nothing more.

I decided after that experience, that I would no longer produce things I wasn’t passionate about, because I know that when I’m not passionate, I don’t do my best work.

Yes, we all have bills to pay, which means we occasionally have to take a passion-less gig. But I’ve found that the projects for which I’m passionately producing end up having the largest payoff, both  from the standpoint of job satisfaction, and financially. So now, I focus on those.

Sometimes you need to be patient and hold out for the passion work.

And if you can’t find the passion work right now? Keep your day job, but find a way to produce passionately. I promise you, it will only lead to very, very good things.