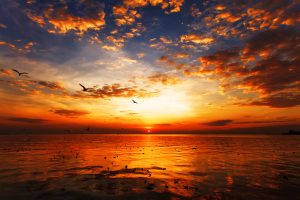 A few weeks ago, I wrote a post asking if I was over social media. In a sense, I am. The “shiny object” of social media has taken a back seat for me now. It’s just something I do as a normal part of my day now, like brushing my teeth or checking my email. I can do without, it but I sometimes miss the connectedness when I’m not there. Given the choice whether use Twitter, Facebook, Instagram, and blogs as channels or to give them up entirely, I’d definitely go with the former.

I was amazed at some of the responses on the post. Lots of people agreed with me that for them, social media is a bit “over”. They are tired of the constant sales pitch of Twitter. Facebook’s advertising algorithm is intrusive and affects their experience. They’ve grown weary of keeping their personal blogs updated.

But at the same time, social media use continues to grow at a rapid pace. 14 million Canadians – that’s nearly half the population of the country – are using Facebook daily. Twitter is continuing to enjoy huge growth in popularity. It’s becoming more important than ever for businesses to build an online presence. These days it’s not whether you have a web site, or use social media channels to reach your audience – it’s how you’re going to do it.

A short time ago, I had students coming into my corporate training classes who had never even been to Facebook or Twitter. They had never heard of Instagram and Pinterest was a vague concept. I had to start from the very beginning with these folks. Not only that, but a big part of my job as a teacher and digital marketing consultant was convincing them of the value of social media and the digital space in general.

How things have changed, in just one year. Nowadays, the people coming into my classrooms are more savvy than ever before. They’ve spent time with the tools, or at least read up on them, or had their kids show them some stuff. They are coming in, not to learn the difference between an @reply and a DM, but to gain an understanding of how to be effective on the tools. They are already convinced they need digital. They just need to figure out the best way to do digital.

I believe we are entering a new era of social media. One where ubiquity reigns supreme. Where we don’t have to think about why to do it as much as to do it.

What does this mean for you and me? Well, I think it’s a pretty exciting time – the most exciting since the dawn of the social Web. Now is the time we get to see just what these channels are capable of, and more importantly, what people are capable of, once they are truly connecting and sharing and providing value.

In fact, this new coming of age could change the world. Again.

What Being in a Band Has Taught Me About Business

Teaching in a 21st Century Classroom