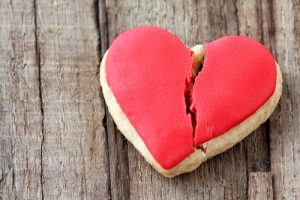 Seven years ago this week, my life changed. I wandered in off the streets of Toronto to something called “Podcamp”. All I knew is that it was a free “unconference” and that people would be talking about podcasting, something I had been curious about for a while. At the bottom of the stairs, two guys stood, friendly smiles on their faces. One wore a t-shirt that said “Free Hugs”. I wondered what kind of conference this was.

They introduced themselves as Chris and Chris, and invited my friends and I into a meeting room. We sat down, and opening remarks began, with some other guys named Bob, Julien and Mark. As they talked about all of the things that would be going on that weekend, my mind began to swim. Who were these people? How did they all know each other? What the heck were they all doing here?

As the weekend went on, I attended session after session – some on podcasting, some about blogging and some about this new thing called Twitter. Being a video specialist, my primary interest and reason for attending had been to learn more about video podcasting. But these people were opening my eyes to a whole new world. They were all connected, through their respective blogs, podcasts, Twitter and Facebook accounts. They all lived in different cities and even different countries, yet they were all very close friends. I was in awe.

That weekend, I became friends with the Chrisses, along with Bob, Julien, Mark, John, some guy named Scarborough Dude, and many, many more amazing people. These relationships changed the course of my life. I came back home with the motivation to learn everything I could about this new form of communication. My new friends were great mentors (and still are), and I dove in head first to my new world. I was a sponge, spending hours and days learning and experimenting. In fact, at that time, we were all really learning together, trying to sort out what these platforms really meant. We were playing, and out of our play came best practices.

Eventually, our understanding began to pay off. Some of the guys went on to write bestselling books, others became leaders in the field of digital marketing. I wound up teaching and consulting others about digital marketing and social media, helping them to navigate these waters in a more effective way, drawing on what I had learned.

It really has been quite a journey, and I know it’s far from over. But something has changed for me lately. I’ve not been blogging here nearly as much (barely at all since 2014 started). I haven’t been as active on Twitter. I stopped podcasting. If I am going to be online these days, it’s mostly on Facebook.

Am I over social media?

I started to think my interest in social media was waning. I was getting plenty tired of the constant sales pitch of Twitter and the amount of fluff blog posts arriving in my news readers daily. I stopped reading, except for the occasional post recommended by a friend. I actually began to feel guilty about it. I mean, if I’m going to be an effective teacher of digital marketing, I need to keep up on it, right? I felt I was losing my grip on the business.

But then it dawned on me. It’s not that I’ve lost interest in social media. It’s that my interests have evolved. Nowadays, I go to Twitter if I want to follow breaking news or an event, or see what’s up in my city. I still interact, but really only with a small segment of people. I am still blogging, but it’s more about working with clients, editing and refining their work, and doing some writing for them as well. I’m also a contributor over at Owner Magazine now, and that keeps my blogging brain challenged. I am using social networks, but again, a lot of it is for clients and things like the Cracking-Up the Capital Comedy Festival. So I guess ultimately, I am still just as involved in social media as I ever was; just in different ways.

I don’t think social media is going anywhere, and I don’t think my love affair with it is anywhere near over. I think I’ve just settled into it a bit more, like a pair of comfortable shoes. There is still plenty to learn and plenty of evolution yet to happen. I for one am excited to see where the road goes next. Aren’t you?

Food and Cats? Why I do It

We are all Producers Now