Why You Should Care About Who Shot J.R. 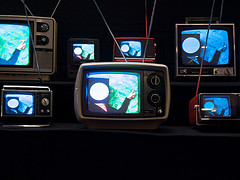 First things first. For those of you who weren’t old enough to watch prime time TV dramas in the 80s, go read up on “Who Shot J.R.”, then come back.

For the rest of us, November 21st was the 30th anniversary of the airing of that now famous episode of Dallas. At that time, it was the highest rated series finale of all time, with an estimated 83,000,000 viewers. In other words, “everyone” watched it. The suspense was incredible, the speculation fierce. People bought T-Shirts by the thousands that said “Who Shot J.R?” and “I Shot J.R.”. People placed bets on who pulled the trigger. It was the water cooler conversation of the summer.

The Who Shot J.R. record was smashed in 1983, by the season finale of M*A*S*H, which got an estimated 105.3 million viewers. That episode still remains the most watched TV episode of all time. Advertisers paid $450,000 for a 30 second television commercial during the M*A*S*H broadcast (close to $1 million in today’s prices.) (Source: Advertising Age).

My husband and I were discussing the phenomena of huge TV ratings last night, and he brought up an excellent point. Mainstream TV will be hard pressed to ever achieve these numbers again. M*A*S*H may very well keep that record. Online media has diluted the viewership, and time-shifting, PVRs and digital downloads of TV shows have all made it more difficult to measure actual viewership.

Let’s face it – by YouTube standards, M*A*S*H’s numbers are pretty low. Justin Bieber’s video “Baby”, at the time of this posting has 391,277,874 views. 105 million seems like chump change compared to that. I could get into a whole thing about advertising rates on YouTube in comparison to mainstream TV, but I will leave that to the marketing experts.

Rather, I want to talk about the content and the viewers and what these kinds of trends mean to you as a content creator.

There’s a point when it’s about the eyeballs.
I’ve never watched the Justin Bieber video. In fact, I’ve never heard a Justin Bieber song, and I intend to keep it that way as long as possible. But, that hasn’t stopped 345 million other people from watching it. In this case, it’s not even about the content. I’m sure lots of non-Bieber fans have watched the video, just to see what all the fuss is about.

Does this mean you should post fluff content in an effort to win over more eyeballs? Of course not. Substance always wins. Why? Because Justin Bieber and Double Rainbow Guy are flash in the pan. In 5 years, The Biebs’ voice will have changed and no one will care. Double Rainbow Guy, well, he’s already pretty much a has-been. You, on the other hand, if you’re still cranking out good stuff in 5 years? You’ll still be here, and probably doing better than ever.

Viewers are a fickle bunch.
I know, because I am one. One day, I’ll think Iron Chef is the best show on TV. Then I will proceed to not watch it for 6 months, because something else has grabbed my interest, and I only have so much time in my week to consume TV.

Blog posts can be like that. Sometimes, I’ll slave away, carefully crafting a piece that I think is fantastic….and hardly anyone will read it, or comment. Other days, I’ll whiz something off in 10 minutes, post it, and be overwhelmed by the response. Am I accusing my readers of being fickle? Perhaps, but that’s okay – we are all pulled in 1000 different directions nowadays by content and information. Fickleness is about the only way one can really navigate out here. I’m not taking it personally, and neither should you.

Just because you post things that nobody notices, doesn’t mean you should stop doing it. Plenty of TV shows and movies have been made that have flopped. In fact, more TV shows and movies DON’T succeed than do. It’s okay to have a floppy post. I have lots of flops that I am still terribly proud of.

Don’t let others’ distracted ways hold you back from continuing to express yourself. Just keep doing it.

Like “Who Shot J.R”, maybe you’ll end up on a T-Shirt someday, and maybe millions of people will know who you are. Or maybe you will only make your Dad, your Aunt Alice, your husband or your kids proud. Either way, keep loving the work that you do, and keep doing it to the best of your ability.

You may not have all the eyeballs in the world seeing your stuff – but then again, is that really the most important thing?

[Source for all TV rating numbers is Wikipedia]