Why Are We So Hung Up on Influence? 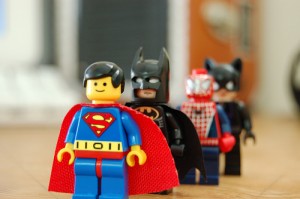 Suddenly all anyone seems to be talking about in the social media world is influence. Tools like Klout, a system that uses some sort of complex calculation to say how influential you are on Twitter, are rising to popularity. Now, social media dashboard app HootSuite has jumped on the bandwagon too, posting Twitter users’ Klout score when you click on a profile. The @oldspice guy is even in there, posting personalized videos to “influential” Twitterers (and others too, admittedly, but c’mon…who do you think they were really targeting with those videos?).

You’ve got to be kidding me.

Sure. I looked at my Klout score. It’s 53. I have no idea what that means. I don’t really care, either. But I can assure you, there are people, right now, breezing around their HootSuite dashboard, clicking on everyone’s names, and filtering anyone with a score of 60 or higher into a special list called “influencers”.

Then, once they have their precious list of Twitter Super Powers, they’ll begin to spend their days trying to figure out how to get those peoples’ attention. Because wow – if only I could get @kevinrose to retweet my article about the iPhone 4 antenna….then, I will have arrived!

You’ve got to be kidding me some more.

All the cool kids are doing it. You see, the problem is, people are confusing “influence” with “popularity”. Sure, if Kevin Rose retweets your link, you’ll probably get an awful lot of hits on your post. You wrote a great tech post, he’s a tech guy, and lots of people that follow Kevin trust him when he recommends something. Does that mean he’s influential? Sure it does. But that’s about where it stops. It’s wonderful that you got so many people hitting your blog. It’s great that you earned a few new followers. But once the initial spike happens, it will just settle out. Just because you got 500 reads on your post doesn’t mean you’re going to get 500 reads every day from here on in. Trust me, it simply doesn’t work like that.

People who consistently have high traffic and a dedicated audience have built that over time – by providing consistently stellar content, but more importantly, by taking the time to be an active part of the community which they serve. They have nurtured their readership. They aren’t relying on the popular kids to get the word out. They are working really, really hard to show people the value in their content – all by themselves.

In that post, I used an example of someone who makes custom baseball bats. Sure, they can get a bit of attention by promoting to so-called “influencers”, if their idea is clever and good, but again, that’s fleeting. They will have far more long-term success by focusing on building a dedicated community of interest than trying to get the attention of the popular set. With some hard work in the right areas, the right opportunity may serendipitously (or intentionally) come along. In my hypothetical example, I suggested that maybe baseball bat guy gets noticed by the equipment manager of a major league baseball team. They sign a contract and bat guy’s business booms. Does the equipment manager, in this case, have influence? Sure he does. He influenced his boss to contract the bat maker.

But the equipment manager’s Klout score is only 16! He doesn’t have any influence!

See how silly this is?

How about we forget about all these ridiculous numbering schemes? How about we stop confusing influence with being one of the popular kids?

How about we focus on building up our own communities, with our own people, and our own set of influencers who are actually influential, instead of just being the ones with the biggest following, or the loudest voice? Yes, it will take time. Yes, it will take work. But ultimately, everyone will be better off, don’t you think?

(Oh, and as for Old Spice guy? I think the campaign is brilliant. But keep in mind, their strategy of targeting popular (or in their words, “influential”) Twitter people only works because they are a well known brand. I have a feeling Allysa Milano wouldn’t have given a rat’s butt if Mr. No Name made a video about her.)