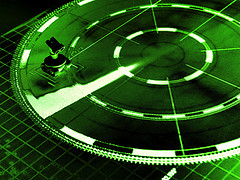 I know what you’re thinking. She’s using Tom Green as a reference in a blog post? The guy that painted an X-rated scene on his father’s car, and put a cow head in his parents’ bed? THAT Tom Green? What could he possibly have to teach us about…well…anything?

The first time I met Tom Green, he was an 18 year old rapper that almost nobody in Ottawa had ever heard of, let alone anyone in the rest of the world. He and his band, Organized Rhyme, were guests on the music show I produced at our local cable access station. It was pretty easy to see, even back then, that the kid had talent. It was raw, completely unrefined, and mostly unmanageable. Despite this, Organized Rhyme went on to be nominated for a Juno Award (Canada’s Grammys) for their popular single “Check the OR“.

Relevance Lesson #1: Recognize Your Own Talent

Somewhere along the way, Tom Green was able to recognize he had talent. In those early days, it was rap music. Yes, he had a long way to go. Yes, there was sometimes a lack of maturity and professionalism that worked against him (that would come, in time).

I want you to sit down and make a list of everything you’re truly talented at (it’s okay if there’s only one or two things on the list). It’s a hard thing to do, because that little voice inside your head will try to fill you with self doubt. Ignore those. Then ask yourself if what you’re doing with your life is capitalizing on those talents. If it’s not, you need to figure out what you’re going to do about that. But the first step is admitting to yourself that you do have talents.

After the success of Organized Rhyme, Tom Green went to college and learned a few things about television. He came back to that same cable access station, this time, not as a musician, but as a TV show host. He convinced my boss, the station manager to let him have a show, and in a lot of ways the rest is history. That little cable access show would soon become the most popular show ever produced on that cable access channel, and eventually be picked up by MTV.

I find it amusing that Tom’s Wikipedia entry devotes just a single paragraph to those early years of The Tom Green Show, because I witnessed first hand the amount of effort that Tom and his team put in to producing that show every week (hey Tom, you still owe me edit suite time, by the way :).

Relevance Lesson #2: Be Prepared to Work Your Ass Off

It astounds me that there’s still a number of people who believe that fame and fortune are made overnight. I guess I can sort of understand the perception – after all, most people only see the famous person AFTER they’ve become famous. They don’t see the all night editing sessions. They don’t see the 16 hour writing sessions and 14 hour video shoots. They don’t see almost getting cancelled every single season and having to plead your case to stay on the air. That show became popular because Tom, Glenn, Derek, Phil, Ray and their volunteer crew slogged it out 12 hours a day to get that show on the air every week. Being funny and doing it well is just about the hardest thing one can do. And while Tom’s brand of humour may have not been everyone’s cup of tea, his slogging paid off, because he found a huge and devoted fan base.

One would think that once Tom made it to MTV, that is was easy going. But in fact, that’s where the really hard work started. You see, for every level up you do, the stakes are much, much higher. To remain relevant at that level required even more hard work. And even more.

By the late 1990’s, Tom Green was famous around the world, and as is usually the case when someone is a huge success, the rumours started to circulate as to whether Tom would be able to stay relevant. The cancellation of his 2nd MTV show in 2002, in addition to box office flop prompted the skeptics to claim that indeed, the reign of Tom Green as the king of shock comedy was over. But Tom had a few more tricks up his sleeve. In 2006 he took to the Internet, starting a live talk show from his living room. His devoted fan base swarmed to it. And more recently, he’s reinvented himself again – as a stand up comedian.

If there’s one thing Tom Green has done exceptionally well in his career, it’s re-invent himself. He’s gone from rapper to radio DJ to talk show host to shock comic to actor, writer, and director, to stand up comic, and has managed to stay relevant all the way along. Why? Because he has an innate ability to find an audience, then tap into it.

But why stand up comedy, and why now? Because painting risqué artwork on your Dad’s car and doing strange things to livestock, while it may fly when you’re 25, doesn’t fly so much when you’re 40. Had Tom Green continued along the lines of shock comedy, he may indeed have rendered himself irrelevant in a few short years as his audience matured. But by re-inventing himself doing standup – and doing it really, really well – he is maintaining his relevance. He and his audience are all grown up now, and his act now reflects that maturity.

Albert Einstein once said that the definition of insanity is doing the same thing over and over expecting different results. So, if your business or your career hits a rocky patch, doesn’t it stand to reason that in order to achieve a different result, you need to try something different? Always work to find ways to re-invent the things in your life that aren’t working. Take a new path. Try something else. Want to stay relevant to your audience? Grow and change along with them.

What’s it come down to then? Staying relevant takes three steps. Recognize your talents. Do the hard work. Re-invent yourself when necessary. The rest will follow.