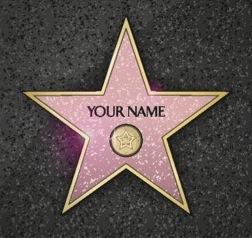 In a recent post, Chris Brogan put forth some great thoughts on the nature of online connections and the impact they can have. I read the post, flipped to the comments section and started typing. After about 300 words, I stopped, cut the text, and pasted it here. Sometimes, a comment becomes the thing you should be talking about on your own blog. Thanks to Chris for the inspiration.

Internet celebrity is a curious thing. I often sit back and watch how guys like Chris and Gary Vaynerchuk deal with their “public”. They have a lot of demands and expectations put on them – sometimes, people are downright rude, too. They call out the A Lister because they haven’t replied to a tweet, or retweeted something. They whine and complain and take their toys and go home. I find it frustrating to watch this childish behaviour, and it makes me glad I’m not an A Lister (I hear the D List is making a comeback, anyway ;).

It all gets me wondering –  when will the mentality of “If I could only get an A Lister to retweet me, my business would THRIVE!” end? Probably never, but a girl can dream.

One of the most powerful opportunities that social media presents to us is the ability to get peoples’ attention. I still find it amazing that I can write on this blog, put it out to the Universe, and sometimes SEVERAL HUNDRED people will see it (sometimes). The other night I sent a tweet to Gene Simmons of KISS, asking him a question I’ve genuinely wondered about since I was 5 years old:

And to my utter shock and amazement, he replied:

What did this get me? A smile on my face, a 38 year old question answered, the envy of my big brother and a bit of fun with my friends on Facebook. That’s it. Attention happened, then nothing happened. I’m not going for coffee with Gene Simmons anytime soon, and I’m down with that.

Attention is the commodity of the Web, and everyone is scrambling to get more and more of it. But tweeting an A Lister and expecting that their response or their retweet is going to change your life? That’s just misguided.

I’ve been retweeted by A Listers. While I always appreciate a shout out from a friend with a large audience, ultimately, it’s no big deal, and here’s why.

When you get retweeted by someone with a large following, it’s fun for a while to see the traffic spike. But that traffic is very, VERY fleeting. You get to ride the wave for the rest of the day, watching the retweets stream by, checking your analytics to see how many people have checked out your post. But I promise you, by tomorrow, you’ll be back down to your normal levels. People will have moved on. You’ll be just one of dozens of things they read that day. You might be memorable. You probably won’t be.

The expectation that you’re going to become an instant “Internet Sensation” just because Chris Brogan or Robert Scoble or whoever noticed you and liked what you did enough to share it with their audience is simply incorrect. It doesn’t work that way. It will never work that way.

Here’s what you do, in the event that someone who is popular online shares your content. Pay very close attention to any new people that come along as a result – people that comment on your post, or share it themselves, or mention you. Focus on those people first. Follow them, and thank them for stopping by. Check out their web sites, profiles, and other things online. Be genuinely interested in them. You’ve been given an opportunity to start a new relationship, so start it.

Your payoff won’t be thousands of new followers. It likely won’t even be hundreds, or tens. But that’s okay, because you know what? It only takes one great connection to create an opportunity, right?

So stop being so desperate to get the attention of the A List. Just be yourself. Produce good content, and put it out there, consistently. If it’s really good, the A Listers might just notice. Or they might not – stop caring about that. Forget about building your audience on the backs of the Chris Brogans and Gary Vaynerchuks of the world. Build YOUR audience. Find YOUR true fans.

Ultimately, those are the relationships that really count.