In my last post, I talked about how I first got involved in community television. When I was 15, we moved away from Masset. My experience with Masset-Haida TV had inspired me. At that young age I knew what I wanted to do with my life. I graduated high school in June of 1988 and that September I was off to college, enrolled in the Television Broadcasting program. At just 17, I couldn’t wait to get started living my dream of being a television producer.

At the time I imagined myself working my way up the ranks at a local TV station, then moving on to network television. I had a particular fondness for news at that time, so I had visions of producing or directing network newscasts, or working for CNN.

In 1990 I graduated from the TV Broadcasting program, and my parents and I moved to Ottawa. I was certain that I could get a job at one of the TV stations in town! I knew everything about TV production, of course, and was ready to make my mark. Of course I very quickly came to the stark realization that TV is a hard business to break into. They didn’t really hire people just out of school. I had to figure out how to get some experience.

Then one day I was on my way to the bank or something, and driving down St. Laurent Boulevard, I spotted a sign. “Skyline Cablevision”. I recalled seeing some sort of TV programming affiliated with Skyline Cablevision one night a couple of weeks earlier. Then it clicked. They have a TV station in there! I sucked up all my courage (I was a very shy girl back then) and turned into the parking lot. I walked in the front door and at that moment my life changed. The nice lady at the front desk (who later became a dear friend) was kind enough to take me on a tour of the station. She told me that the place ran mostly with volunteers, who did everything from camera to sound to lighting, directing and producing (did she say “producing”???).

Needless to say I was fired up. I signed up as a volunteer and man, I was there every day. I did camera, editing, audio, directing, and gained a ton of experience. The programs were in some ways similar to the shows we did back at MHTV. They were community-focused, and targeted to niche audiences. There was a community news program called “City 22”, an arts program called “The Scene”, and a program that would eventually have a significant impact on my life called “Soundtrack”, about the local music scene. There were multicultural programs for the Greek, Japanese, Polish, Italian, and Dutch communities. There were call in programs about politics, movies, home improvement and more. Viewers were encouraged to participate in the conversation by calling in, or leaving a message on the viewer response line. It was a true social network. People from the community, all volunteers, produced the programs from the ground up. They wrote the content, booked the guests and got the show on the air with the help of volunteer crews. It was an amazing place.

A few months after I started volunteering, a job opportunity presented itself. At barely 20 years old, I was hired by Skyline Cablevision to be a Staff Producer, one of 5 paid producers who were hired to manage the productions and the volunteer crews. I had 7 different shows to produce. I was the youngest person on staff, I was in charge of building a community of people, developing their skills to produce good quality programming delivered to targeted audiences, and engaging people in an interactive way (something that mainstream TV networks did not do very well back then). It was social media delivered via television!

In my next post I will be talking further about how community television changed over the 7 years I spent in it. 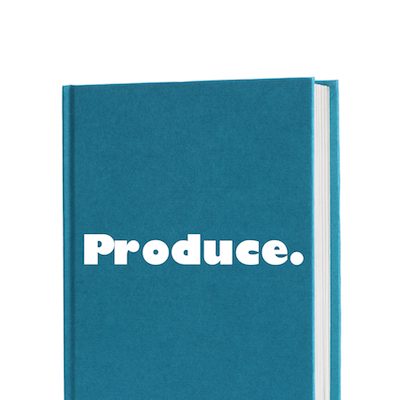