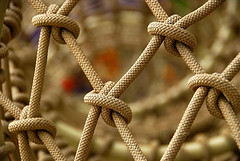 I’ve had issues with anxiety for most of my adult life.

At first, I figured I was just a worrywart. It’s part of my nature, to worry about things. But at a certain point, when I was in my early twenties, the worry started to take over. I couldn’t shut it off. My sleep suffered, my relationships suffered, and the issue started to manifest in physical ways too. I would get dizzy and pass out with no logical explanation. I would walk around with a nervous pit in my stomach 24 hours a day, 7 days a week, for sometimes weeks on end. I would have panic attacks where I couldn’t breathe. Then one year, when I was 24, I got really physically sick. Twice. I had to have surgery, and I had to take a couple of months off work.

The strange thing was, while all this was going on, I had no idea it was related to any sort of mental illness. It took winding up on my back in a hospital bed, and suffering the financial blow of not being able to work full time for a few months for me to realize that there was something more going on.

Being told I had an anxiety disorder was the one of the best things that ever happened to me. I was able to finally pinpoint why I was feeling the way I was feeling. And most importantly, I could figure out what to do about it.

I was fortunate that my condition was mild enough that I didn’t have to take medication. I made some significant lifestyle changes – more sleep, fewer late nights, better eating, and exercise made all the difference for me. I also started writing (thank you  The Artist’s Way

), and that was a game changer. The ability to express myself in written form was extremely therapeutic. Writing was the only thing that would take the knot in my stomach away. To this day, I’m still that way.

1 in 5 people suffer from some sort of mental illness in their lifetime. The sad part is, so many of those people suffer in silence. Or, they do like I did, and say “Oh, I can deal with this, I’ll be ok, this always happens to me in winter, I’ll snap out of it.” But this kind of denial, when it goes on too long, can cause even more problems in the long run (see above paragraphs re: hospitalization, relationships, sleep).

Yes, it’s scary to admit you have a problem. It’s scary to think about what other people will think if they find out. (Hint: your true friends won’t think anything. They will just want you to get better.) The only way you will get better is by getting help. Just opening up and talking to someone about it can be cathartic. But seeking the advice of a professional is so important. They can give you tools to cope, and it doesn’t always have to be medication (unless it does).

I’ve just spent the past several weeks volunteering on one of the most amazing projects I’ve ever been involved with. Cracking Up the Capital aims to erase the stigma of mental illness, and raise money for the important organizations in our community that help people dealing with mental illness and addiction. Our gift to people is four days of laughter – healthy, happy laughter. We give people something positive to do, in spite of the things they might be going through. But we are also a group of people who have come together to create something because we all believe passionately that talking openly about mental illness is the first step in bringing about change.