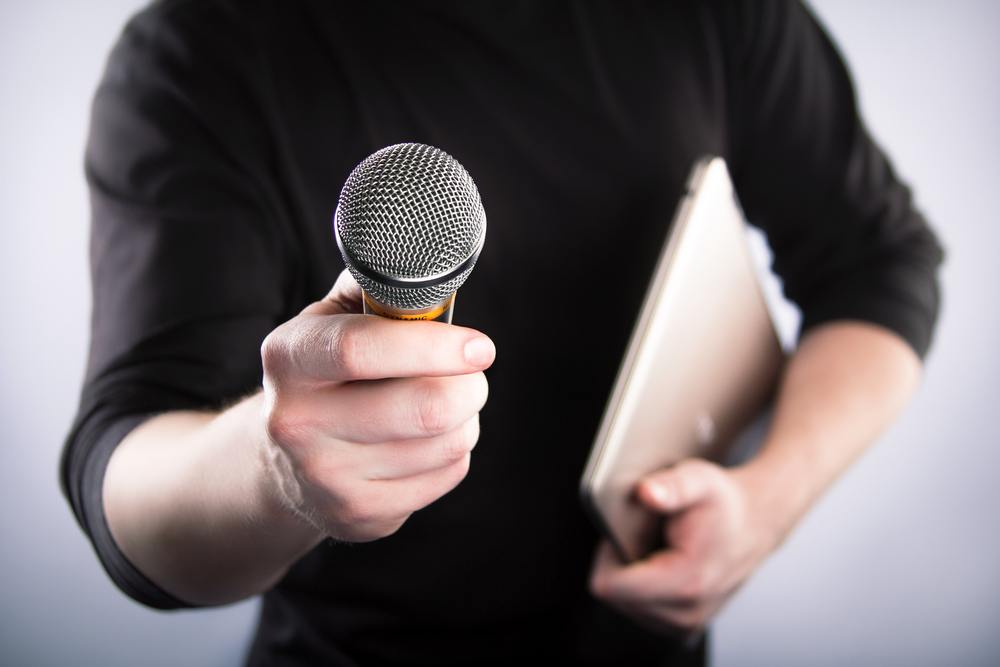 This video, an interview with Russell Brand on MSNBC, is making its way around the Internet this week. Take a few minutes and watch, if you haven’t yet. It’s worth it.

Hilarious, yes, but for me, it’s mostly cringe-worthy. Russell Brand is known for enjoying “stirring the pot” with interviewers, but I’ve never seen him throw someone completely off like this. The thing is, the whole mortifying situation could have been avoided, if the hosts had just followed a few simple rules of interviewing.

If you’re creating content online, then chances are, at some point, you’ll want to interview someone, be it a written interview for your blog, an audio podcast, or a video. There’s a vast difference between a good interview and a bad one, and 99% of the time, it comes down to the quality and experience of the person asking the questions. Here are a few tips that these MSNBC hosts could have used when preparing to talk to Russell Brand. I hope they are helpful to you, too.

The interview is never, ever, EVER about you.
Every single question the hosts asked Brand started off with something like “In my experience”, or “The way I see it”, or “Well, I think”. This is one of the worst mistakes an interviewer can make. The interview is not about you. It’s about your guest. Your job is to get them to share their experience. It has nothing to do with your experience. People are watching or listening or reading first and foremost because they want to hear what the interview subject has to say. The interviewers in the Brand interview seemed to think that they were the most important part of the segment. Brand quickly puts them in their place by telling them why they are actually doing the interview (to promote his upcoming show, “The Messiah Complex”).

Read the book.
At the very beginning of the interview, the host admits to Russell and everyone else watching that she doesn’t know anything about him. I wish I could have seen Brand’s face when she said that. It’s one of the most disrespectful and rude things you can do to first, not know anything about the person you’re about to talk to, and second, to admit it to their face!

In this day and age, with Google right at our fingertips and digital editions of books available without even leaving the house, there is excuse…NO excuse for not doing your homework before an interview. With 10 minutes of searching online this host could have found umpteen videos to watch (including other interviews, so she could get a sense of his style and know what to expect). She could have gone to Amazon and spent 10 bucks and a couple of evenings to read the 368 pages of Brand’s book “My Booky Wook: a Memoir of Sex, Drugs and Stand-Up”.

I read somewhere that Jon Stewart reads every book of every author he has on The Daily Show. Some of the books he reads are 800 pages long or more, and they are often about heavy subjects like economics and international affairs. But he reads them cover to cover, because it’s his job to know everything about his subject before they come on the show. Taking the time to thoroughly research your interview subject will allow you to be completely conversational, and your subject (and your audience) will have a heck of a lot more respect for you as an interviewer, too.

Be prepared.
It was pretty clear in the Russell Brand interview that the interviewers were not at all prepared. They didn’t appear to have any questions ready to ask. They probably just figured, because Brand is a comedian, that they could just let him go and riff on whatever. But the truth is, even the interviews that seem improvised rarely are. They have a focus, and a direction, and it’s the interviewer’s job to ensure that the interview stays focused. This means not only doing your homework, but prepping the direction. You don’t HAVE to write down all of your questions, but you should make some notes as you do your research, and at least decide what you want to talk about. Also ask your subject if there’s anything they want to make sure gets covered. Personally, I do write out questions, but I don’t often use them verbatim. The questions are my guide, my roadmap to help me stay on track.

Don’t ever try to “wing it” in an interview. Prepare your notes in advance, and use them. It’s okay to have a piece of paper in front of you. Even George Stroumboulopoulous sometimes has notes written on little blue cards when he interviews people. Your interview subject will thank you for helping them to stay on track, the interview will be more clear and less rambly, and there will be way less editing in the end.

Ok, so I can’t leave that horrendous Russell Brand interview on its own without posting some interviews that are actually good.

This is one of my favourite Strombo interviews. He talks with Quentin Tarantino, who is known as a pretty shy guy (note how he avoids eye contact). George makes him feel immediately relaxed by staying in Quentin’s comfort zone – talking about his movies. Because Tarantino is so at ease, the rest of the interview is insightful, conversational, and a great promotion for a great movie (Django Unchained).


Here’s a Jon Stewart interview from way back in 1997, his pre-Daily Show years. Stewart talks to the late, great George Carlin and absolutely nails it. The interview is personal, intimate (it’s like we are peeking in on Stewart and Carlin having a private chat), and you can tell that Carlin is enjoying the conversation immensely. Stewart clearly knows a lot about Carlin, it shows in the types of questions he’s asking. Stewart is also genuinely curious. And Carlin even gives Stewart a wonderful compliment at the end.
Share:
Category:New Media
PREVIOUS POST
Three Less Obvious Secrets to Bringing in New Business
NEXT POST
Five Things to Think About