Have You Hugged Your Planet Today? 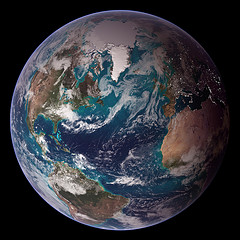 Environmental awareness. Green Lifestyles. Saving the planet is a multi-billion dollar industry, fuelled by giant corporations and spurred on by the mainstream media.

Not that any of that is a bad thing. Well, maybe the part where “going green” gets so over-hyped by the media (we’re all gonna DIE!) that it makes people panic and then run out and spend more money on all the “green stuff” so the giant corporations can make more money. Maybe that part.

But most people’s intentions when it comes to the environment are good, and this post isn’t about mass media and giant corporations.

It’s about loving our planet.

After all, it’s the only one we’ve got.

I remember back in the 80’s, the environment became a really big deal. We were encouraged to start recycling, to lower our thermostats, to turn the lights off – and we did. Reduce, Reuse, Recycle became the mantra of the decade. In school, we learned that plastic was bad, pollution was worse, and that our landfills were filling up. People finally started listening to guys like Dr. David Suzuki about the perils of clear cutting forests.

And I thought that finally, we were learning to respect the Earth.

The only Earth we’ve got.

But then, in the 90s, we all suddenly got distracted. Maybe it was TV. Perhaps our jobs and our families tied us up too much. It became more important for us to have a lifestyle of convenience than one of environmental responsibility. We all but forgot about the commitment we’d all made the previous decade to save our planet. Suddenly, ads on TV were pushing disposable everything – plastic zipper bags for your food, in 400 different sizes. Those ridiculous toilet bowl cleaners where you attach a disposable scrubber, swish it around the bowl and then, as they say in the commercial, “just throw it away!”. Soft drink companies started putting tap water in plastic bottles and promoting it as part of a healthy lifestyle. Our tech gadgets came hermetically sealed in thick plastic, non-recyclable blister packs. I could go on.

Suddenly, the planet was taking a back seat to us having more handy ways to do things.

And it’s the only planet we’ve got.

Fortunately, the 21st century (and maybe partly Al Gore, after he was finished inventing the Internet), has brought about a well-needed shift in our sensibilities. Unfortunately, like most things, it was a real “oh crap!” moment for most people. We realized that we’d again become a disposable society, and that as much as we’d all long been in the habit of turning out the lights, we were now up to our ears in TVs, computers, and other energy sucking electronic gadgets. As much as we used our blue recycling bins, we were throwing out more stuff than ever.

Finally, our collective compact flourescent lightbulbs went on, and we realized, almost at once that…

This is the only planet we’ve got.

Billion dollar industries aside, this time I think there’s not only been a behaviour shift – there’s been an outright culture shift. Green lifestyle isn’t just a choice any longer, it’s a necessity. Does it take a conscious commitment? Absolutely. We need to make decisions for ourselves, our families, and our companies about how we want to change the way we do things – whether that’s giving up bottled water, switching to CFL lightbulbs, or opting to work from home more often. It’s also still about recycling and composting too.

But perhaps most importantly, it’s about keeping our planet in the forefront of our minds. It’s about respecting this beautiful Earth we’ve been given, and appreciating it.

So get out there, and give our planet a big hug. Show it some love. Not just today. Every day.

After all, it’s the only planet we’ve got.

DoGood – The Future of Online Advertising?
Our Disposable Society