Getting Personal: Is it Necessary for a Successful Online Presence? 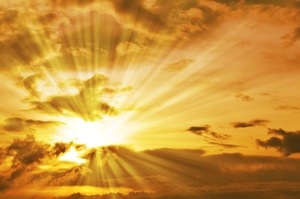 As a teacher of all things digital media and marketing, I often talk with people who are just starting out in the online world. Maybe they are getting into things like blogging, Twitter and Facebook because of their job, or maybe they are doing it for personal reasons. Either way, one question comes up more often than most – do I need to share my personal life online in order to be successful?

Social media has definitely blurred the line between personal and professional. The so-called “experts” will tell you that the people and companies who do social media the best are the ones who appear most “human”, and that to be human, you need to get personal. But does that mean you need to share all the intimate details of your life, photos of your kids, and every emotion you’re having?

Sure, interacting online is inherently social. Think about it – originally, Twitter was simply about answering one question – “what are you doing?”. There weren’t a bunch of corporations vying for attention on Twitter back then. It was just a bunch of geeks, hanging out on this cool new tool, talking to each other. Facebook definitely wasn’t about business and brands at first. It was about college kids talking to their friends, then later on it was opened to everyone, so they could talk to their friends. Business pages only came along later, after brands realized the usefulness of celebrity “fan” pages where there was no limit on who could connect to them. Even blogging was a personal activity at first – weblogging or online diaries were really about people sharing their lives online.

All of the applications for business in social media happened much later on. We added this new layer once we realized the potential usefulness for marketing products and services. So it’s no wonder that we are confused. If these tools are inherently personal, then how do we strike a balance between getting personal and being all business?

Stop thinking about getting personal on social media. Nobody is forcing you to post pictures of your kids, talk about your crazy mother in law or even post photos of what you ate for lunch. But at the same time, people will be less interested in you if all you do is use the channels to promote your business. You need to strike a balance, but it isn’t personal/business – it’s personality/business.

Those individuals and brands who are most successful in the online world are the ones who are able to allow their personalities to shine through. When I think of personalities, I think about people like C.C. Chapman, Becky McCray, and Diane Brogan. While they may spend some time promoting their books, their business or their blogs, what really shines though is their personality. You get to know who they really are through their writing, their Twitter feeds or their interactions on Facebook.

I’m fortunate to have had the chance to meet and spend time with both C.C. and Diane in person. We all knew each other as friends online prior to meeting. But when we did meet, it was like we had been friends for years. Why? Because we had built a relationship online through our conversations. I knew what was going on with them because I read about them, and vice versa. I really liked them already, because they let their personalities shine above all else.

As for Becky, well, we’ve yet to meet in person. In fact, we’ve never actually talked to each other – our entire relationship has been entirely text-based. But do I consider her a friend? You bet I do. I know Becky not only through my interactions with her, but also through her writing. But one of the other really important ways I know her is through her interactions with other people. It’s astounding how much you can get to know someone by the way they act and react to others.

For anyone who is skeptical about whether you can really build solid relationships online, I’m here to tell you that absolutely you can. Is the social media world personal? Sure, because it’s about people. But the secret isn’t in giving away all the details of your personal life.

The secret to success in the online world is all in letting your personality shine.

Do you have any examples of people who a real personalities online? Share them in the comments! 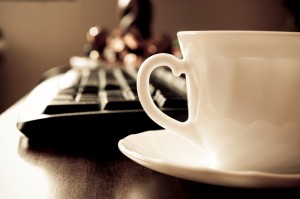 What I Learned From Taking a Blogging Break