Forget the Message – What's Your Medium?

“A light bulb creates an environment by its mere presence.” — Marshall McLuhan 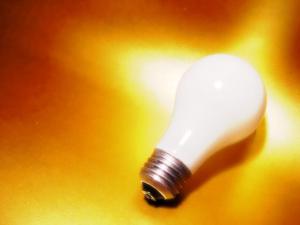 I’ve been thinking a lot about WHY people choose certain mediums to communicate. In McLuhan’s day, the options were much more limited. Not by their ability to tell stories, but by their accesibility to the general public. At that time, we relied on “professionals” – journalists and authors were the only ones that had access to the medium, therefore they were the ones that told the stories.

Today, that’s no longer the case. There are abundant options now for people to tell their stories. Blogging, micro-blogging, and podcasting are prolific and available to anyone with an Internet connection and an inclination.

Yesterday, social media monitoring company Radian6 launched a new concept called a Twebinar. The concept was to present an online seminar that encouraged participation and interaction using Twitter. A lot of the discussion revolved around what the point was of integrating Twitter to the mix, instead of just using a regular chat window. But what I was compelled by was the use of video. I was fully expecting to see presenter Chris Brogan giving an hour long talk on his subject, and I would use Twitter as a sort of side conversation. Instead, I was pleasantly surprised to see Chris playing the part of roving reporter, running around with a camera crew, talking to a wide variety of media experts about some really cool and interesting stuff. Then he’d pop in on live video in between segments and talk a bit. The Twitter conversations were the backdrop but the use of video stole the show.

The Twebinar was a great example of choosing the right medium to convey the message. When McLuhan talked about the lightbulb, he meant that the lightbulb itself doesn’t contain any content. It’s simply a vehicle that enables content (i.e. provides light that people use to create spaces in what would otherwise be darkness).

Choosing the right vehicle to enable your content is key. The Twebinar could have been approached differently. Chris could have just talked for an hour. He could have just compiled all of the information from his interviews into a blog post or eBook. But it would not have had the same impact. Instead, seeing a live breathing human engaging with other live breathing humans allows us as viewers to feel the energy and passion of the speakers. It connects us to them. And the result? People want to talk about it. They want to explore it. They want to share their own experiences. And that’s where Twitter comes in. See how it all works? It wouldn’t have made sense to tell this story any other way.

Everyone has a story to tell, and social media has burst the art of storytelling wide open. However, the medium you choose to tell that story is critical. The medium serves to set the tone, attract a certain kind of audience, and generate a certain kind of response.

So the next time you come up with your next great story, spend some time figuring out the result you want. Do you want to encourage feedback? Conversation? Do you want immediate results? Determine the best medium to use to tell your story to get your desired results. Only then can you ensure that your message gets across.

Hmmm… I wonder what Marshall McLuhan would have thought about all this social media business, anyway?

The Art of Shameless Self Promotion
Overwhelmed?
Looking for photos for your blog? Try MorgueFile.