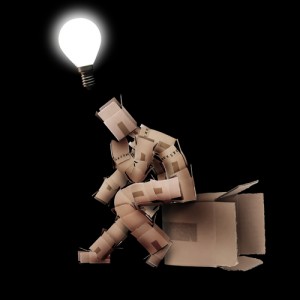 Weekends are always a great time for unwinding and reflection. Here are a few topics for you to ponder as you head into the end of your week.

The Pageview Industrial Complex
Ok, call me a Mitch Joel fangirl. I don’t care. This guy just makes me smarter, and he’ll make you smarter too. I admit, this post is so meaty I had to read it a few times for it to really sink in. If you’re at all interested in the future of online advertising and the struggle that brands are having to continue to be relevant in an ever-changing world, then you need to read this. Oh, and while you’re at it, go buy Mitch’s new book, CTRL ALT Delete.

Twitter Illustrated
Well, thanks to my pal Chris, here’s 45 minutes of my life that I’ll never get back. In hilarious Tumblr, cartoonist @pants takes peoples’ random descriptive tweets and illustrates them, bringing them to life. It’s funny, it’s clever and  you’ll spend so much time on it, it will get you in trouble with the boss.

Sneaking Through a Networking Event
Keeping in the “smartypants” theme, here’s a great article from Chris Penn. It’s a little something he wants you to try at your next networking event – a bit of a role reversal, if you will. Try it, and see what happens!

Man Pitches iPad App to the Next Web. NAKED.
Ok well not entirely naked, but with his iPad strategically placed, this developer puts an interesting twist on pitching a reporter to blog about his new app. And the best part is, the app, 360 Cities, looks like it is pretty cool, too.

Watch Your Twitter Life Flash Before Your Eyes
This made the rounds of some of my Twitter friends yesterday – it’s a new tool called “Vizify” that scans your Twitter profile and produces you a little 30 second video with a snapshot of the who, what and why of your Twitter account. It’s something fun to do on you coffee break today. So go try it and post your video link in the comments! Here’s mine.

So, over to you! Have a great link to something thought-provoking that you’d like to see on next week’s list? Email it to me at murphy.sue@gmail.com !

Have a great weekend!