Breaking the Mold on the Workaday World 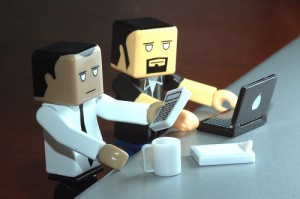 We’re such creatures of habit.

When I think of the 9 to 5, the corporate rat race, I think of the Fifties. You know, the classic scene where it’s 5 o’clock, Mom’s got her hair and makeup tidied, is getting the table set, the kids are playing quietly on the floor, and Dad comes in the door, with his briefcase, suit and hat. He looks a little worn out from the workaday world, but he’s proud to be providing for his family. Tomorrow morning, he’ll head out the door, commute to the office, and do it all over again.

Sure, a lot of things about this scene have changed. “The Wife” isn’t necessarily a professional homemaker anymore. The kids are likely playing XBOX. A lot of Dads don’t wear suits to work anymore. But it’s funny that the one thing we’re still hung up on is the whole “Workaday World” thing.

Many people still get up every Monday to Friday morning, grab their lunch bag out of the fridge, commute into the city, and sit in a stuffy office or grey cubicle for 8 hours. They take their lunch to the lunch room and eat ham sandwiches while discussing last night’s hockey game. They shuffle back to their desks, until 3pm when it will be “Jack’s Birthday” in the boardroom. They will stand around eating too-sweet cake off paper plates with plastic forks, and pat Jack on the back before heading back to their cube to finish the day. They will get up at 5pm, grab their empty lunch bag, and commute home. Lather, rinse, repeat.

I’m not saying there’s anything wrong with the type of work being done. I know plenty of people that work in offices who truly enjoy the work they do. They are involved in interesting projects, with good people, and dynamic teams. But I am wondering if there are better ways to accomplish the same thing?

8 days hours a week day. I had an interesting conversation with my friend Pam yesterday. We’re both self employed consultants, and we spent some time musing about how life of a consultant is VERY different from the life of the average nine to fiver. It really got me thinking.

People in the workaday world are required to show up at a certain time of the morning, get right to work, and keep working for 8 hours. Then they can go home. The expectation is that, aside from a few short breaks and lunch, they will keep working throughout the duration of their time there. However, it’s common knowledge that a certain percentage of those 8 working hours are made up with personal calls and email, chatting with coworkers, cake in the boardroom, and yes, Farmville. So, of those 8 hours, how many are being spent head-down in work? 6? 5? Less? The corporate culture equates sitting at a desk to being productive, but to me, the last place people are productive is sitting at their desks. I got hours worth of work done in just 1 hour yesterday, sitting on a park bench with my iPhone. No birthday parties. No co-workers wanting to chat. No boss bugging me every 10 minutes.

Those of us who work for ourselves (or who work at home) have a very different model. My actual sitting at the desk working time each day is somewhere in the neighbourhood of 4-5 hours. Makes me seem like kind of a slacker, eh? But consider that the average nine to fiver is probably putting in only about 6 hours of an 8 hour day on actual work, and suddenly I’m at about par. Throw into the mix that many consultants and workshifters spend a large percentage of the rest of their days working via mobile device – responding to emails, taking and making calls, or networking while in line at the grocery store, or while waiting for a friend at dinner. Just because people are not at the computer doesn’t mean things aren’t getting done. In fact, it’s possible that even more things are getting done in the average day spent outside of the cubicle walls.

If I can’t see you, you’re not there. Cats have this funny thing where if they can’t see you, they think you can’t see them. From under blanket, or in a box, as far as a cat is concerned, you can’t see them, so they are not actually there. Imagine their surprise when you suddenly lift the blanket or open the box! Managers in the workaday world are like cats that way. They think that if they can’t physically see their staff sitting in their cubicles, then they aren’t there. And if they aren’t there, then obviously, no work is getting done.

I worked in the corporate rate race for many years before striking out on my own. It was in my job description to show up at a certain time, leave at a certain time, and do specific things while I was in the office. If I had to leave to run to the store or something, I had to let people know where I was. Then, I had to make sure that I stayed an extra 20 minutes at the end of the day to make up the time. If I wanted to go have coffee with a friend, it was best to wait till after hours – coffee with friends during the “work day” was frowned upon. After all, I was supposed to be working between 9am and 5pm. Socializing and networking was for after business hours only.

As is the case with many small businesses these days, our team at Jester Creative is entirely remotely based. They don’t have to show up to an office every day. We meet in person, discuss the work to be done, then they go off and do it. We don’t care if they do the work at 4am on a Sunday or 2pm on a Thursday, as long as it gets done, they meet their deadlines, and contact us if they have issues.

In fact, I have much lower expectations than the average workaday world manager. I don’t expect my team to show up at 9 and leave at 5, stick around for birthday parties and eat ham sandwiches in the lunchroom. I just expect them to get the work done. I don’t care if they go for coffee in the middle of the day, and I don’t care if they take Tuesday off. The irony is, because my expectations of their physical presence are so much lower, the work that is put out is of much higher quality, gets done much faster, and in fewer hours than if they were sitting in a cubicle 8 hours a day.

I feel as if I could write forever on this topic. What it comes down to is, I think that some corporate culture shifts need to start happening. We see countless reports on how much wasted time, and lost productivity there is in the corporate environment and particularly in government. Don’t you think that finding ways for workers to escape the 9 to 5 culture could improve that? I want to hear your thoughts. 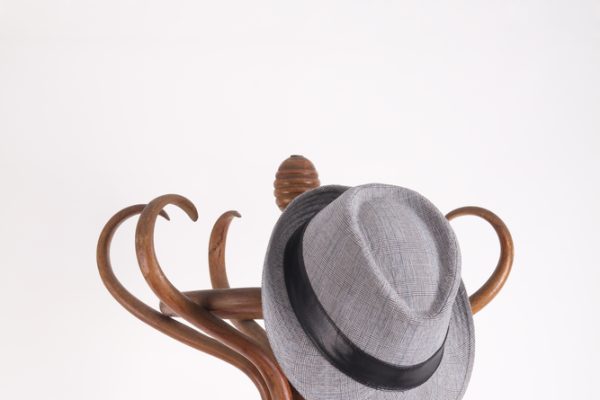 Why I Decided to Stop Working from Home
Your Dream Job Doesn’t Exist
The Web 2.0 Job Hunt – Preparing Students for Success