Brain Space – Get More Done No Matter What 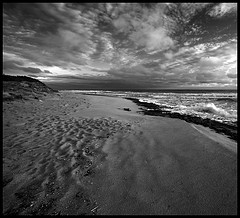 This January has been unusually busy for me, too. A critical mass of new projects, teaching work, and post-production of our TV series is currently occurring that is not only zapping the last of my physical energy, but leaving little left mentally for me to be able to keep up with my writing.

It’s sad that the first thing to go when life gets crazy is the thing I love the most. Note to self: Stop That.

This past weekend, I managed to carve out a few hours to think about why, when things get crazy, we tend to stop doing the things that keep us sane. Oh sure, the past few weeks I’ve come up with all kinds of excuses not to write…too much work to do, too many commitments, not enough brain space to find my “zone”.

It was that last one that got me.

It’s true – I have been feeling like my brain is so full of the stuff I need to do to keep on top of the pile, that there’s no space left for my writing work. So much so, that I even missed a deadline. And I never miss deadlines. It was that realization that put me over the edge, and reminded me what I needed to do to get back on track.

Our brain is an exceptionally valuable resource. Without it, we’d be, well, dead. But aside from the importance of the brain in controlling our physical selves, it is of course incredibly critical in controlling our mental selves too. That means, if you’re wasting your brain space on things that don’t matter – worry, stress, negative people, gossip, Jersey Shore – then you’re doomed to failure.

At the beginning of the year, I made up my mind about two things. One, that I was going to get off the worry train that I’d been on for the past, oh, 40 years or so, and two, that I was going to eliminate the people and situations from my life that were causing me hurt and negativity.

It’s been easier said than done, but every day I’m working on it. I’m working hard on the worry part, and there are good days and bad. If you haven’t read Dale Carnegie’s How to Stop Worrying and Start Living, I highly recommend it. It may have been written in the 1940’s, but all of it (and I mean, all of it) still holds true today.

As for the negative stuff? I’ve had to make some hard decisions about certain situations and people. I’ve had to take steps to shut off the stream of negative energy that was emerging from those situations and people. It was hard at first, but it’s gotten easier, and I’m better off for not having these things in my life. Look around you. What or who is dragging you down? What isn’t jiving? What is causing negativity? Eliminate it.

Ultimately, removing worry and negativity is going to do one really important thing. It’s going to create a space in your head. What was once reserved for fretting and fussing and venting about this person or that circumstance, is now going to be an empty space. And guess what you can do with that space?

Fill it up with something useful.

My other big problem is, I’m a clock watcher. Of course, it serves me well. I’m on time 99.9% of the time. I always meet my deadlines (well, almost, apparently). But where clock watching doesn’t serve me well is when my time is my own. If I have a day where I have no meetings, no set schedule for work – just a list of goals and tasks to accomplish – I still watch the clock. I feel guilty if I’m still working on personal stuff after 9am (oh crap, it’s 9:38 already?). I feel bad if I’m still slogging away after 10pm. If I don’t get to my email in a timely manner (like, every 20 minutes) or miss a few phone calls, I can’t shake a sense of feeling irresponsible. Napping or taking an extended break during the day? Forget about it.

It sounds crazy to write that. But I confess, it’s true. And I’m willing to bet that plenty of you watch the clock too.

Stopping the clock might mean a physical shift – shutting down the clock on your computer screen, for instance, might be a good first step. Remembering to live in the moment might be a good second step. Instead of always thinking “ok, I’ve got 2 hours (or 40 minutes, or 3 minutes) till I have to ______”, stop the clock that is ticking away your days. What will happen? You’ll instantly have more time, because you won’t be focused on the next thing that’s going to happen. You’ll be focused on the thing that’s happening right now.

Afraid you’ll miss an appointment if you shut off your clocks? Use alarms to remind yourself when you need to be somewhere. In the words of the infamous Ron Popeil, “set it and forget it”. If you have to be out the door to a meeting at 10am, or call a client at 3pm, set an alarm. Then you don’t have to even think about that task again until it’s time to do it.

An interesting thing will happen when you stop watching the clock. That space used to be filled with all of the things you haven’t done yet. But now that you’ve stopped the clock, you have no reason to be thinking about those things. And a space will open up in your brain.

Brain space – it’s possibly one of your most important resources. So get busy in there, clearing some space for what’s really important.

How do you clear a space?