Being An Optimist is About More Than Just Making Lemonade 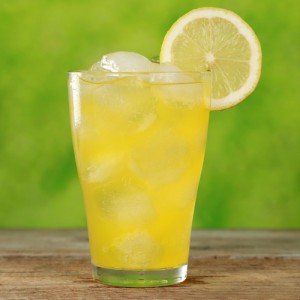 It’s been a month.

4 weeks ago, I cracked my ribs in an unfortunate and very non-heroic shower accident. 2 weeks ago, we had to quickly move back into a home office situation for reasons too complex to discuss in one blog post. Last weekend, my husband and I were sideswiped by a transport truck on the Interstate in the middle of Indiana.

They say things come in threes, right? Well, that’s been my three for the past little while. All that while work is busier than ever, my hubby and I are trying to get going on our house renovations, and I’m trying to get in shape.

People have always considered me an optimist, and while it’s true that I generally try to roll with the punches (the odd bout of anxiety aside), at times like this, it puts my optimism to the test.

It’s been an overwhelming, at times emotional, and thought provoking few weeks. But there are a number of things I’ve realized through it all. Here’s the short list:

Sometimes the challenges of day to day life can get the best of us. When I’m online I see it quite often; people complaining because they were cut off in traffic, because they got to their son’s soccer practice only to find out it had been cancelled, or because their boss is a jerk. All of those things are stressful. The things I’ve gone through in the past few weeks are stressful. But they are nothing compared to what most of the people on this planet are going through right now.

People tout the “power of positive thought” all the time. But sometimes it’s hard to think positive, especially when you’re in the midst of stressful and chaotic things, and ESPECIALLY when you’re in pain of any sort. But the truth is, making lemonade from the lemons in your life can be hard work. It takes conscious effort and presence to turn a negative into a positive, to not dwell on the bad, and to move forward through adversity to get to the other side.

Optimism is the harder road to follow. It’s easy to log into Facebook and bitch about how life has done you wrong. It’s simple to whine and moan to your coworkers. It’s a lot harder to examine the adversity in your life and find the good. But trust me, when you do, you’ll be in a much better place. Because lemonade tastes a lot better than lemons, don’t you think?

How do you deal with adversity?