Banning Cell Phone Use in Classrooms is The Wrong Approach 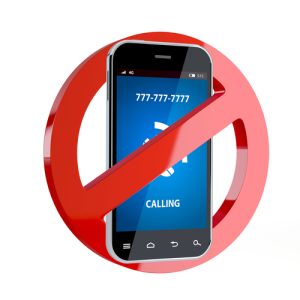 I don’t often use this blog to criticize, but occasionally I come across an issue that really grinds my gears. This week, Ontario’s elementary school teachers (that’s grades K through 8) have voted to ban cell phones in classrooms. Why? Well they don’t come right out and say it, but primarily because it’s seen as a distraction. Oh, and because of some unproven theories that the radiation generated from mobile devices might be dangerous, so it’s a potential safety threat.

So, the first thing some people may think is, what’s an elementary school student doing with a cell phone, anyway? Well, plenty of pre-teens have them these days, and that’s just a fact of life. And, the ban is not just on “cell phones”, it appears to be extended to all mobile devices (since, with the right apps, any device can make phone calls). So that means if your kid has an iPod touch or an iPad or some other smart phone or tablet, those are banned too.

Education has changed…for the better

Mobile devices have been shown to be extremely beneficial to students in learning environments. This article from Scholastic, one of the leading educational publishing companies in the world, describes in detail the tangible benefits that students are getting from use of technology in the classroom – everything from learning languages to history to helping autistic students communicate more effectively.

Technology has fundamentally changed the way kids learn, and it’s going to continue to do so. The problem is, there’s a huge gap between what kids are seeing as a useful way to learn and what teachers are seeing as a grave threat to the way they’ve always done things.

I only have to spend about 20 minutes watching my elementary school-age nephews interact with their devices to see that their brains are wired differently than ours. When I was their age, and wanted to learn how to do something new, I would look it up in a book, and sometimes it would take me a long time, because following written instructions can be complicated. And even then, I’d only be shown one way of doing things.

When my nephews need to learn something new (such as building a robot for the science fair, which my 12 year old nephew has done), they go to YouTube. They see a variety of videos, all with different approaches. They can see close up exactly how something works, and then can replicate it themselves, incorporating the many ideas they have exposure to into building something even better. Their world is so much larger than ours was, and in that larger world there are infinite possibilities.

Taking away their ability to seek out and learn from that big world of things is dangerous. Because of technology, my nephews are inherently curious. When my younger nephew was interested in dinosaurs a few years ago, he was able to go online and learn everything possible about them – from Wikipedia to interactive sites, he was able to develop a bit of expertise about them. He was 7 years old at the time, and he knew more about dinosaurs than I’ve learned in 43 years. That’s remarkable.

But…mobile devices are distracting! They must be evil!

Yes, mobile devices can be a distraction in the classroom. I taught college in a computer lab for many years, and I can tell you from first hand experience that classroom management when the distraction of Tumblr is right in their teenage faces is a huge challenge. It is not news that kids are easily distracted.

But I’ve never looked at technology as a threat. Instead, I showed my students how they could use the devices they have access to for actual learning (and yes, when you’re done, you can play on Facebook later). I flipped my classroom, and suddenly YouTube and WordPress were learning tools, not distractions.

Banning the use of mobile devices in the classroom is the 21st century equivalent of teachers hiding their heads in the sand. Making technology into a problem that needs to be solved is not only wrong, but it’s extremely harmful to the students you say you are working so hard to give a good start to.

Don’t ban technology. Learn how to use it yourself to facilitate a more robust and deep learning experience for your students. Stop being afraid that technology is a threat to your job and start doing your job in a refreshing new way – become a facilitator, a coach, and a mentor to your students instead of just a spewer of information. (Here’s a hint – they’re not listening to you when you’re spewing information anyway.)

The addition of mobile devices to a classroom IS a distraction. But it’s up to you as a teacher to figure out how you’re going to manage that distraction, by teaching students responsible use in the classroom – that means safety, it means using the device appropriately for learning, and giving them time to just “play”, too. Find tools that will benefit and augment their learning, and figure out some creative ways to leverage online and offline activities to make learning fun and engaging.

Is it more work? Yes, it is, and I know that is a cause of concern for many teachers. But we are in the midst of a revolution, and you’re not going to wake up tomorrow and it will all be back to normal. This IS normal now.

Banning mobile devices in the classroom is book banning of the 21st century. It’s being done out of fear and a lack of understanding and nothing else. Perhaps the teachers’ unions should be spending more time educating their members about the new reality of education than fear mongering.

Technology is not bad. Fear is bad. And ultimately, it’s because of that fear that our kids are going to be the ones who lose.