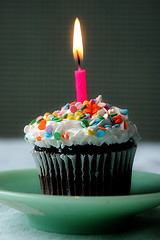 Today is my 5th Twitter birthday. Yes, back on March 7th, 2007, I joined Twitter. It was a life changing moment for me. I’m not trying to be dramatic, it’s absolutely the truth.

Probably the question I’m asked the most by my clients and my students is, “What’s the big deal about Twitter?”. Well, in celebration of my 5th anniversary, I am going to share with you 5 reasons why, of all the social media tools out there, it’s Twitter that has had the most impact for me. Here is how Twitter has changed my life.

1) I’ve met Jon Swanson, Jason Falls, Tom Leroux, Tracey Vibert, Bob LeDrew, C.C. Chapman, Amber Naslund and many, many more people on Twitter who I now consider great friends and important people in my life. I’ve had the distinct pleasure of meeting them all in person too. So, when anyone says you can’t create real relationships on Twitter, I just hug my friends and smile.

2) Many of the clients we have at Jester Creative today are people I have either met directly on Twitter, or people who have been referred to us via people I know from Twitter. Why? Because I’m here, spending time, sharing what I know and what I care about, and building a reputation as someone who is reliable, fair, and does good work. I’ve put in the time.

3) I started podcasting because of Twitter. My husband saw a posting on Twitter from this guy Stefan Halley who happened to be looking for a cohost for his weekly social media marketing podcast. We connected and the rest is history. Oh, by the way, Stefan lives in Sweden and we’ve never met in person. If not for Twitter, it’s highly unlikely we’d have ever had a chance to connect and collaborate on this project, which is one of the most rewarding things I do.

4) Twitter is where I learned pretty well everything I know about social media. Back in 2007, there were no workshops, courses, or certificate programs for social media. We were all in it together, figuring things out and experimenting and exploring. Sure, I had some good mentors in guys like Mitch Joel and Chris Brogan (as we all did). But I learned of their latest blogs and podcasts through Twitter. I asked them silly questions, and checked out what seemed like a million links and tools and techniques. Because of the education I got at Twitter U, I now consult on social media, I’m a professional public speaker on the topic, and I’ve developed hours of training and coordinate an entire college program focused on social media and digital marketing.

5) I’ve found a community in my home town on Twitter. The first thing I did when I joined was I did a search for people in Ottawa. I figured it was as good a place to find people to follow as any. Boy was I right. Ottawa has a thriving Twitter community, and every day I’m thankful to be part of it. People like Dennis Van Staalduinen, Don Chow, Mark Blevis, Andrew Snowdon, and Kelly Rusk keep this community alive and ticking, by sharing snippets of their lives with us every day, organizing events and doing so much good for our town. Want to build community on Twitter? Start by looking out your own back door.

It really has been a wild ride this past 5 years. I owe so much to the people who have been there to teach me and support me, and for those who believed in me enough to take a chance. Thank you and as I eat my celebratory cupcake today, I will be toasting you all!