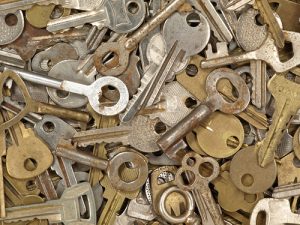 I spent last weekend at the Social Capital Conference in Ottawa. It was a really amazing event, with many great speakers and tonnes of awesome hallway conversations (the best part of most conferences, in my opinion).

What I loved about this conference is that I’m getting the sense that we are now entering a new era of social communication. No longer is the crowd seeking the “101” approach – we’re all figuring out how to tweet and how to set up a blog. The conversations at this conference revolved around much more than just the latest new feature of Facebook. The conversations were about how to connect, and tell great stories, and build great experiences for people. They were about relationships, and engaging, and being awesome.

It was so refreshing.

One of the major themes that came up time and again at Social Capital was that of getting “executive buy-in” when it comes to dedicating time and resources to rolling out digital marketing and social media plans. There are some great challenges in this area, especially in my town, Ottawa, where there are a lot of federal government offices with a lot of bureaucrats who still don’t quite get it. This leaves many communications and marketing teams in a tough position. They know they need to move forward and start being more active online, but many ideas are getting quashed before they even get off the ground.

Here’s the thing. Human nature dictates that if one does not have enough information, one will either 1) procrastinate or 2) disapprove. In many organizations (not just government, but non-profit and private sector too), the people at the top of the food chain often don’t have enough information, and they are too busy to seek it out themselves. So, when the lower ranks develop great strategies and plans and come knocking for approval and funding, they often don’t provide enough hard facts, examples, and experiences. The exec doesn’t understand enough make a decision that works in their favour.

One of the speakers at Social Capital was my former co-worker and good friend Mary Pretotto. Mary is the Senior Manager for Social Media Community for Rogers Communications, the largest provider of wireless, cable, internet and phone services in Canada. Mary has spent the past few years spearheading all social media activities at Rogers, and boy does she have her work cut out for her. As you know, these types of service providers tend to have issues keeping all customers happy at all times, and online sentiment of communications service providers is far from rainbows and unicorns most days.

But Mary has done some amazing things during her time with Rogers. She’s built a system which allows Rogers to LISTEN to customers, ENGAGE with them and SOLVE their problems. She and her team have been able to cast a very positive light on Rogers and have been able to turn a lot of people into fans, ambassadors and even advocates (including me, and I not only am a customer but used to work for them too ;).

What I find curious is that Rogers, which, like many other large corporations, has a massive executive hierarchy and the typical amount of corporate bureaucracy, has been able to embrace this new way of communicating with their customers. They have jumped full-on into social media – blogging, tweeting, Facebooking, blogger outreach, and most importantly, talking to people in a human way. What is super cool is that Mary and her team have managed to convince the higher-ups to take this new way of connecting with customers on, and they are reaping the benefits of doing so.

So how did she do it? Well, during her session I asked her, and her response was brilliant.

“What we do is make sure that we are sharing information about the things we are doing across departments and to senior management.” By creating a culture that shares openly the activities that go on and the information they are gathering, Mary and her team are able to foster a sense of understanding amongst various people in the company. They aren’t operating in a silo, as many large organizations tend to do. They are plugged into the overall marketing and communications plan for the company, and they are documenting and sharing their activities, failures and successes with others in the organization. As a result, they have managed to create a culture shift where people outside the social media bubble are able to appreciate and embrace the great work that they are doing. And the results are great – while Rogers might not be at the top of everyone’s happy sunshine list all the time, they certainly are making great strides in changing peoples’ opinions and attitudes in a positive way.

If you’re going to shift the culture of an organization and get them to start embracing social media, you can’t just exist in your own little silo, working on secret projects that nobody knows about. Lack of understanding by upper management leads to two things, remember? Procrastination and disapproval. So if you want to help them understand, communicate to all levels of the organization what you’re doing. And don’t just file monthly reports. Go talk to people. Share case studies. Show them real examples of the engagement you’re getting and the relationships you’re building. It’s going to be baby steps at first, but keep going. And you just might find that shift starting to happen within your organization too.

It’s Okay to be Ordinary