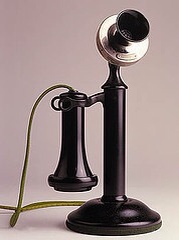 I just got back from a “social media” conference. It was a fantastic conference, put together by the fine folks at Jugnoo. It was chock full of what some people like to call “social media” rock stars, like Geoff Livingston, Gini Dietrich, Danny Brown and Gary Vaynerchuk.

(Here's a news flash. These folks aren't really “social media” rock stars. The truth is, none of them really spend much time talking about “social media”.)

What I loved about SocialMix was that I finally feel like the conversation at these events is moving beyond “social media”. To be blunt, I'm really flippin' sick and tired of “social media”. We have taken the tools of the modern Internet and put them in an ugly box, tied tight with a tacky ribbon. We guard them and protect them like they are some secret recipe for becoming a millionaire. We say things like “Garyvee used Twitter to make 50 million dollars, so I want to do that too!”

Social media is going to go away. I don't mean it's going to die. In fact, it's here to stay, so you'd better get used to it. What I mean is, eventually, we won't call things “social media” anymore. It will be media, communication, channels, marketing, or in other words, terms that have existed for eons.

And that also means, if you're entirely focused on social media as your sole profession, it might be time to think again.

My wise friend Ian Gordon said the most remarkable thing the other night at dinner, so remarkable that I'm ready to have t-shirts made. He said, “There are no telephone consultants.”

His point was that when the telephone was invented, it was a huge shift in the way people communicated. In fact, lots of people were against it. They found it complicated and confusing. Why would I ever “telephone” someone when I could just go see them or write them a letter? What ever would I say on a “telephone”?

Over time, people got the hang of it, to the point where the telephone itself took a back seat to what it was useful for. People focused on the communication, not the device.

Today, when I pick up the phone to call someone I don't think to myself, “Ok! I need to speak to Jon. What tool should I use to do that?” I just pick up my phone and dial. (You could substitute email in that example if you like.)

And how many “social media” consultants are there? Exactly.

Eventually, “social media” will become so ubiquitous that we won't even think about it as such. Yet so many people are banking everything on being an expert at Twittering.

It's time to move beyond the tools, people. I hate to break it to you, but Twitter won't make you 50 million dollars. Blood, sweat and tears will.

The conversations I was grateful to be part of at SocialMix revolved around storytelling, context-relative influence (the only real kind of online influence, in my opinion), and effective communication, not the new features of the latest social platform. Not “viral”. Not “engagement”. Not “relationships”.

It's time to move beyond “social media”. It's a buzzword and only takes us so far.

I don't care about “social media” either. I only care about what it does.