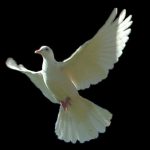 I remember being about 10 years old the first time I saw David Copperfield do magic on TV. I was absolutely mesmerized. Not only was he quite handsome (I was just about the age where I could pick that trait out easily), but the way he performed – with such a sense of humour and a boy-like wonderment – made the amazing illusions even more captivating. From that point on, I never missed a David Copperfield TV special.
If there’s one thing I could not have predicted in a million years, it’s that thirty-some years later I’d be chit-chatting with David Copperfield online. When I discovered the famous illusionist was using Twitter, I followed him immediately. I fully expected it to be just another celebrity Twitter account, either static updates from his “staff” about his upcoming live shows, or a bunch of dull comments about how busy and tired he is.

What I found from Mr. Copperfield was something entirely different.

At least 10 times a week, I hear non-celebrity people complaining that while they want to build their business, and they understand that tools like Twitter and Facebook can be used quite effectively to do so, they simply do not have the time to interact on these platforms. Then there’s David Copperfield, who performs over 500 shows per year.

Yet, despite the fact that his job requires him to figure out how to disappear jumbo jets and things, he still finds time to not only use social media, but to use it a LOT. He chats with fans on Twitter. He posts photos on Facebook. He does Google Hangouts and Skype sessions. Tonight, he’s even doing a Q and A on Reddit (9pm ET if you’re interested).

It’s not about whether you have time. It’s whether you’re willing to make time. If you really want to take advantage of all this online world had to offer, then you need to figure out what you need to give up (hint: “Mad Men” reruns) and just start doing it.

What I like most about following David Copperfield is that he seems to be having a great time. He is constantly interacting, asking questions and saying hi to people in the audience from backstage at the show. He has a great sense of humour, and carries that through in his interactions. But I guarantee you he is not sitting there figuring out his “Return on Influence”, monitoring his Klout score or discovering his Engagement Quotient. Nope, David is simply having fun, interacting with people. Does it help him get more people coming to his shows? You bet your booty it does. But the emphasis is on the people. And we can all learn a lot from that approach.

He’s not too old.

David is 55. Which means if you fall anywhere up to 25 or so years on either side of that, you’re not too old either. So stop using that as an excuse and just start.

Thanks, David Copperfield, for making this girl’s day by chatting with her on Twitter once in a while. But mostly, thanks for showing us how to be a real person, having fun using these online tools. Because social media is a little bit of magic we can all do.

How to Avoid The “Me Too” Trap of Social Media