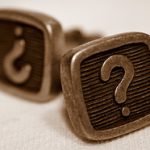 As I teacher, I get asked a lot of questions. I’m cool with that – I love to answer questions. It’s part of what helps me to learn – you see, if I am asked something, I need to be able to spit out an answer that makes sense (and often on the spot). That means, not only do I need to know what the heck I’m talking about (mostly), but I need to be able to articulate answers that are actually helpful. That takes practice, and plenty of preparation. But, like I said, it’s fun for me.

But one of the other things about being asked a lot of questions is that it’s made me realize that, although I firmly believe there are no dumb questions, there are good ways and not-so-good ways to ask questions. Because, believe it or not, the way you ask questions can say a lot about not only the kinds of answers you get, but about your overall attitude towards things.

Let’s say I’m giving a workshop on social media, and someone sticks up their hand. They ask,

“But what if I don’t have enough time to hang out on Twitter and Facebook? Then what should I do?”.

Then let’s say in another class, someone else asks,

“What are some tools I can use to make more efficient use of my time on Twitter and Facebook?”

It’s essentially the same question, right? Both people are concerned about the time it could take them to use these tools. But the WAY the question is asked speaks volumes to where each person is coming from.

The first person’s question uses negative language. They start off by assuming they don’t have time for social media. Their question is also pleading, almost desperate. They want me to give them an easy answer, or perhaps they want me to tell them they don’t have to do it, and let them off the hook. Either way, there are a lot of presumptions in the question, and this means one of two things can happen in the answer. First, I could get defensive, and then go to bat for the tools, extolling the virtues of Twitter and Facebook till I’m blue in the face. Unfortunately, this probably won’t convince the asker, because they’ve already made up their minds that they don’t have time. Second, I could fire back, telling them to suck it up and that if they really want to do this, they need to get a grip and just figure out a way. Either response would probably leave a bad taste in peoples’ mouths, and ultimately, nobody really learns anything.

On the other hand, the second question presumes the positive. The asker realizes that it is going to be a challenge to find the time for social media activities, but they aren’t assuming they can’t do it. They assume that there is a way, because after all, other people ARE doing it. What they really need are some ideas they can try out. Their question uses active and positive language, and chances are, they are going to glean a positive response as a result.

The best way to learn is to ask lots of questions. I’m convinced of that. But HOW you ask those questions will go a long, long way towards not only how much you learn, but how you’re able to put it into practice. So, before you ask a question, be sure to think about what you really want to know. Write the question down as a draft, and check to make sure you’re using positive and active language. You’ll find that much more often, you’ll get the answers you’re seeking.

What It Takes To Do Social Media Well

Bite Off More Than You Can Chew