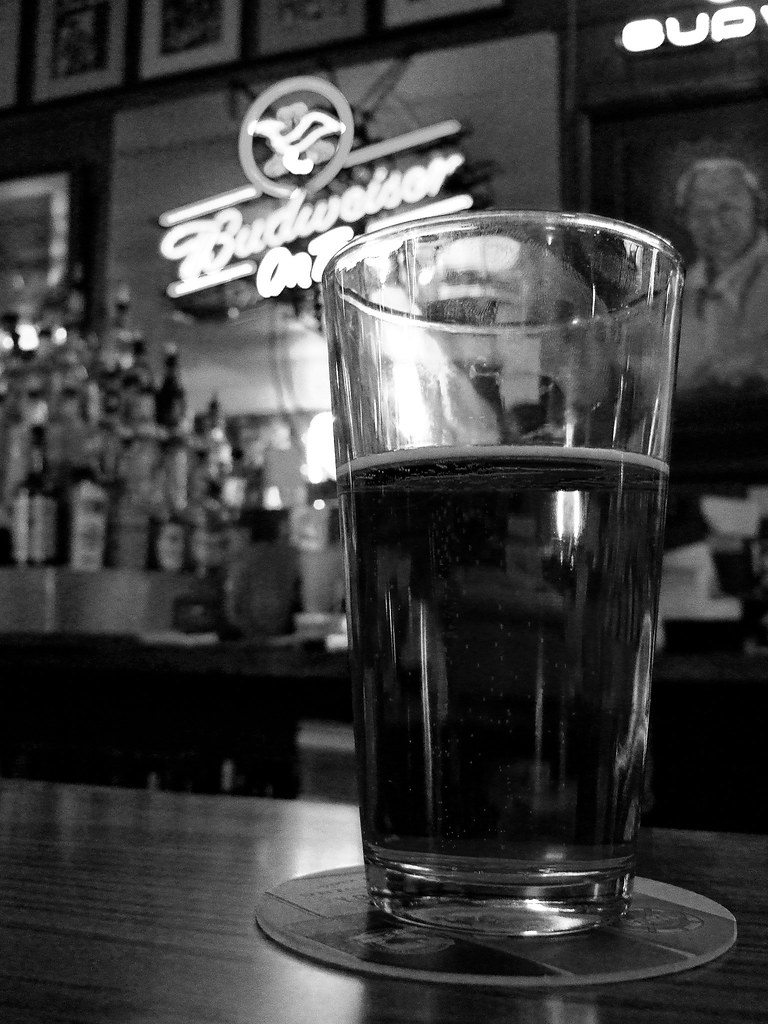 About 10 years ago, I used to hang out at a little pub in my neigbourhood. It was walking distance from my house, and I would say that I was probably there at least 2 or 3 times a week. Often more. Sometimes I’d just stop in after work for half an hour, sometimes I’d be there the whole evening.

At the time, I was single, lived alone, and was extremely independent. I worked hard at my job and I liked it. I had plenty going for me, so you would think that slumming around some bar was not exactly a healthy thing to be doing so often. But hanging out there had very little to do with drinking for me.

I’d walk in this place and no matter what time of day it was, there was always someone there that I knew. I could strike up a conversation with anyone. We talked about everything. Neigbourhood gossip, world events, local news, or just what was going on in our lives. If I was having a bad day, I could show up there, chit chat with one of my bar buddies and inevitably I’d feel better. If I had a problem, there ways always someone there who could listen and help.

It was the kind of place where everyone was accepted for who they were. There were the loud and boisterous types who always just wanted to have a good time, nothing too serious. There was the kinda creepy but harmless guy at the end of the bar who just sat, observing what was going on around him. There were the essentials, the barflys who always sat on the same stool, drinking the same kind of beer, who spent the afternoons and evenings holding court. And there were those who you could grab a table with and spend hours having enlightening conversations.

Sure, there were conflicts. Heated conversation would sometimes lead to arguments, fueled by beer. Someone would hear about a situation that happened to a regular and the gossip mill would start to grind in a big way. Everybody would spend days talking about it, but eventually it would fade away.

This little pub was my community in those days. It was someplace I could go and feel like I was contributing, engaging with other people, and it was piles of fun. Sure, I had a life outside that place – lots of friends who weren’t from there, a great family and a work life that was completely separate. But I always knew my community was there, that I could drop into any time I liked, and that I’d be welcome.

Not unlike the online social network, don’t you think?

Photo by mindexpansi0n at MorgueFile.

Jill Bolte Taylor and her Stroke of Insight

Brother Gets a Haircut